G-d created living creatures in the world, and we must respect their existence. As opposed to the flora, which is renewed continuously, harm to animals is irreversible. Although the Torah is not negating the eating of meat, it sets strict limits to the ability of a person to use animals for his needs. This commandment, which obliges us not to be indifferent even to the suffering of an animal, enhances also our obligation to be aware of another person’s sorrow, not to hurt him and to help him come out of his stress. The practical meaning of this commandment is prohibition to eat a limb or tear out a limb taken from an animal while it is still alive.

Appointment of Judges/Establishing a Court System

In order that all the above laws will be properly observed, courts of justice should be established in every city (or zone), with judges, who will make decisions with regard these commandments and have the authority to punish those who transgress them. Every person who has an argument will be able to go to these appointed judges and obey their judgment. 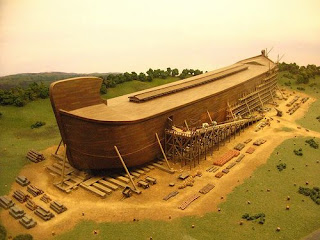 Consider the story of a man similar to yourself. The Torah tells us that over four thousand years ago, some 1,500 years after creation, the world was as confused and morally bankrupt as it is today. G-D had given ADAM six basic commandments prohibiting idolatry, murder, thievery, blasphemy, and adultery. But one thousand five hundred years later only One Man was left that had the courage and integrity to keep them ...his name was Noah. Noah became the father of all mankind. He survived the ensuing flood, and began a NEW WORLD with a new covenant from G-d; The Seven 'Noahide' Commandments. You are a direct descendent of Noah. You have inherited his courage and ability to really make a difference…..for the good.

Almost a thousand years later occurred the most important event in the history of the world; G-d gave the Torah to the Jews from Mount Sinai The Creator of the universe actually revealed HIMSELF to an entire NATION, spoke to them and gave them His Law and the power to observe it. In this Torah are also found the Seven Noahide Commandments, basic principles of conduct for all mankind, with the power and blessing to do them Since then, whoever observes these commandments because they appear in G-d's Torah receives a place in the world to come and infinite POWER and BLESSING from the Almighty to change the ENTIRE WORLD FOR GOOD.

Our goal is to make a perfect world. As, the prophet Tzfanya (3:9) says: "Then I will transform all mankind ...to call the name of G-d and serve Him together. To do this requires a true leader, someone with the leadership of King David, wisdom of King Solomon and inspiration of Moses, someone who can conduct this symphony of redemption.

The Lubavitcher Rebbe, Rabbi M.M. Schneerson, who possesses all these qualities of the Messiah we have been awaiting said, "All that is lacking is the coronation. "Even the very 'Motto' of Judaism; 'Shema Yisrael', stresses the importance the non-Jews play in this perfection: "Hear Israel... G-d is One" means that with the arrival of Moshiach the The G-d of Israel; the King and Creator of the universe, will be 'ONE' i.e. worshiped by all peoples.

In fact the entire Torah is filled with G-d's promises to bring Messiah, but it all depends on our good deeds, and that is why G-d gave the gentiles Seven Commandments directly through Moses in the Torah.

You can help coronate the Messiah and bring complete redemption to yourself and the entire world by observing the Seven Noahide Commandments and declaring whenever possible: "We want Moshiach NOW!" "Long live the King Moshiach!'

Make your life count, make the difference! The Lubavitcher Rebbe, Rabbi Menachem M. Schneerson has for over fifty years with His leadership of all World Jewry been an unbroken and unparalleled chain of miraculous advice, wisdom, bravery, unlimited love for all mankind and complete knowledge of the entire Torah and all branches of knowledge. On March 1991 the US Congress declared the Rebbe's birthday the official 'Education day', and in that same year they proclaimed the seven Noahide laws as the basis of all ethical values and principles upon which US and all civilization depend. 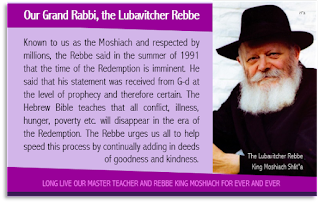 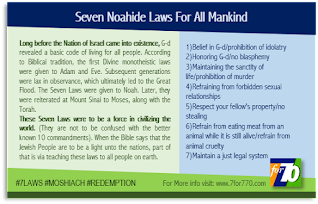 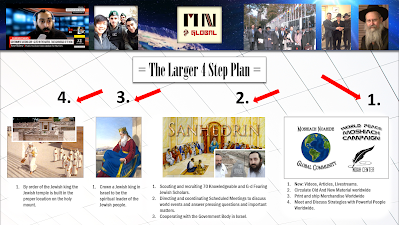 Every Dollar Helps! Thanks in advance! 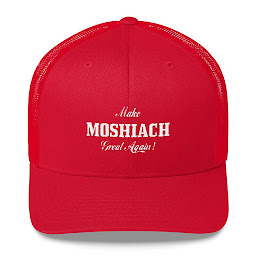 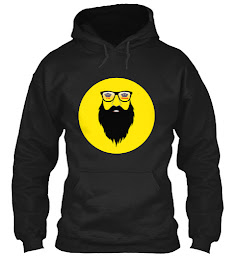 Changing the world for good. that's the goal (it may be hard but its worth it)

#1 to publicize Moshiach (the Rebbe says that it will HASTEN the redemption.)

On behalf of the Achim Edery;
Thank you for visiting our website which strives to encourage goodness & kindness within humanity as Hashem/g-d wants us to.
Based on prophecy told to us by the rebbe king moshiach shlit"a, moshiach/messiah is here and now is the time to prepare ourselves to make a dwelling place for g-d in this world with adding in good deeds, Moshiach/Messiah is imminent and prophecy is in play, with our final good deeds we will have the revelation of moshiach any second!
Long Live the king!
The Achim Edery 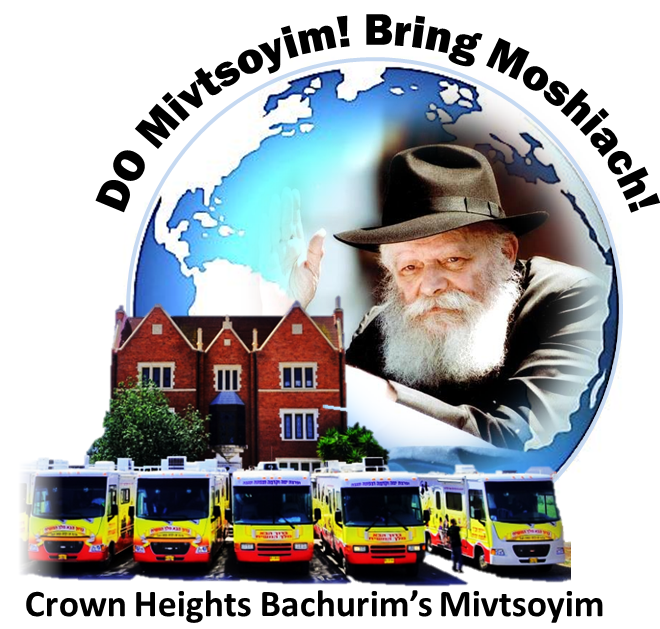 see our facebook page to help us bring moshaich 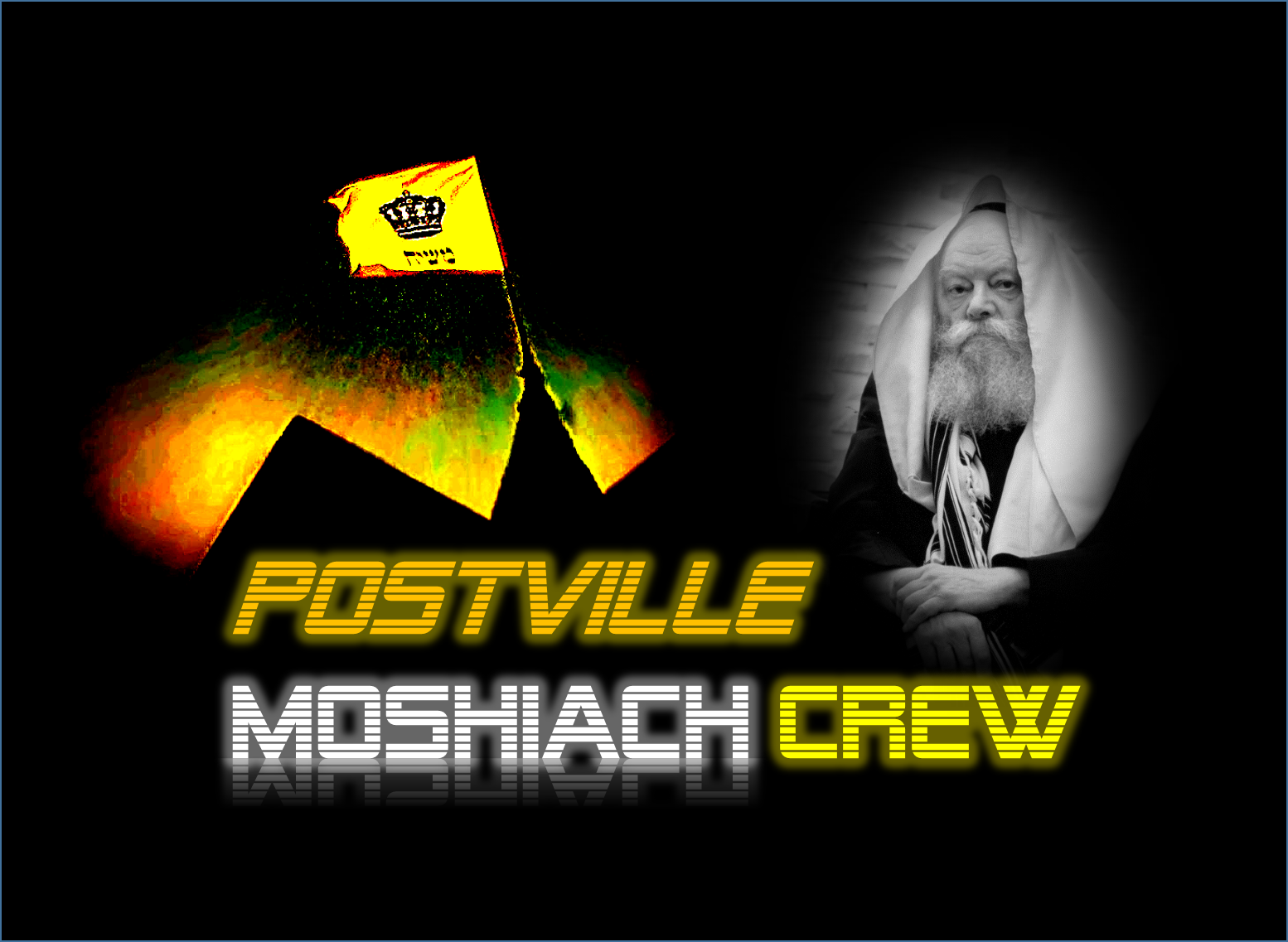 Yep! Learning Tanya Can Save your Life!

And its so easy to get with today's hi tech. you can search it on Google! Moshiach now!

And Bring Moshiach right away!

See How we Roll! 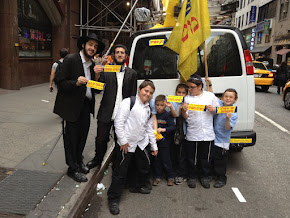 Action! do you have a moshiach flag waiting out your window?

Make the rebbe proud and be proud of moshiach!

Be Expanding 770 - Home of Moshiach 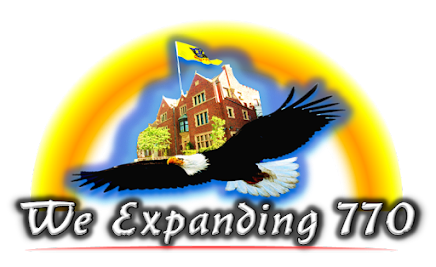 Support the Cause for a bigger 770.

Singing and Dancing to greet Moshiach!

Write to the Rebbe now. 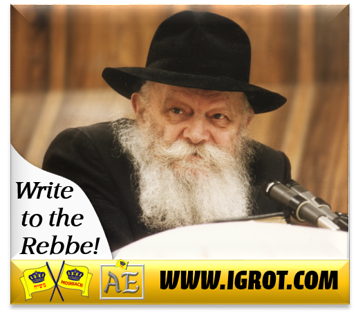 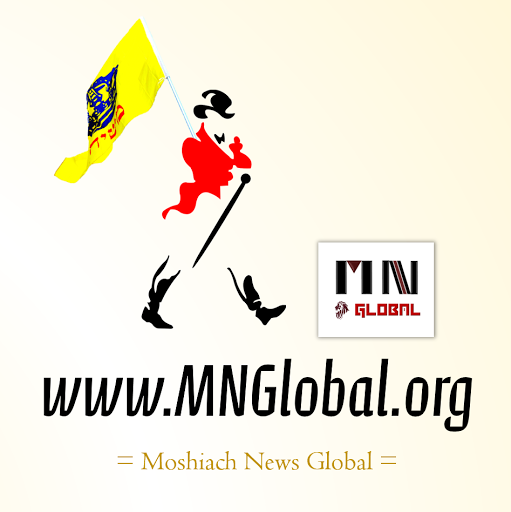 Join the Undercover Mishichist Group Where we work around the clock to bring Moshiach! 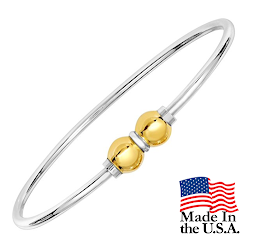 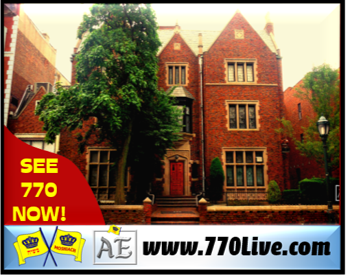 we leave in happiness.

Sneak Peak Based on Prophecy

Here you see how a eagle is taking 770 from NY to Israel, like we know when Moshiach comes we will go to The Holy land on clouds of glory and eagles wings! to the left you see a redemption style tree were -as we know - food will grow in a ready form!

Those Yidden who need a Refuah Sheleima, MAy they all be healthy now! amen! 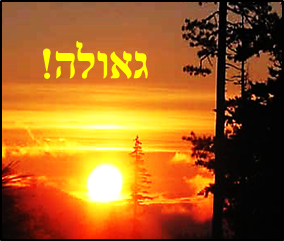 Every Yid is a Diamond of Hashem 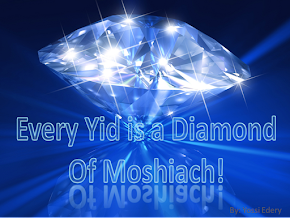 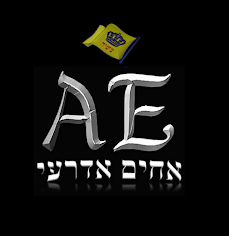 Ahavas Yisroel is the way to Moshiach!

The world perfection by Moshiach is up too us, THE REBBE GAVE US A MISSION to bring Moshiach, we must learn ''Besuras Hageulah'' untill we konw what the Rebbe King Moshiach Shlit"a wants of us and what are the opportunities we have to bring Moshiach/Messiah sooner, CLICK LINK FOR MORE ON BESURAS HAGEULAH/The call of the Redemption 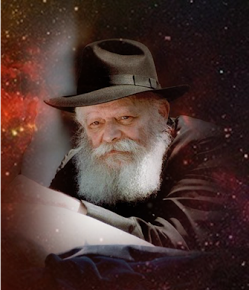 Its Official He is Moshiach.

Halachik ruling that the Rebbe is Moshiach 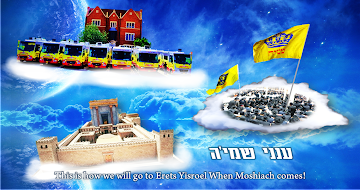 Did you know? 9 generations ago, the bal shem tov was the founder of the hasidic movement.

On The Roof We go! 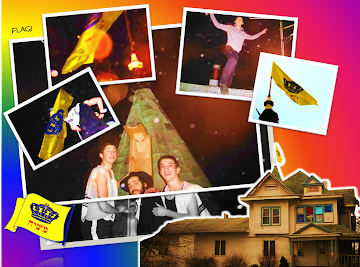 One way to show we are awaiting Moshiach is the classic notion of putting up a 'Moshiach Flag' Here you see how we repair a Degel/Moshiach Flag.

Have a Nice Positive Day! 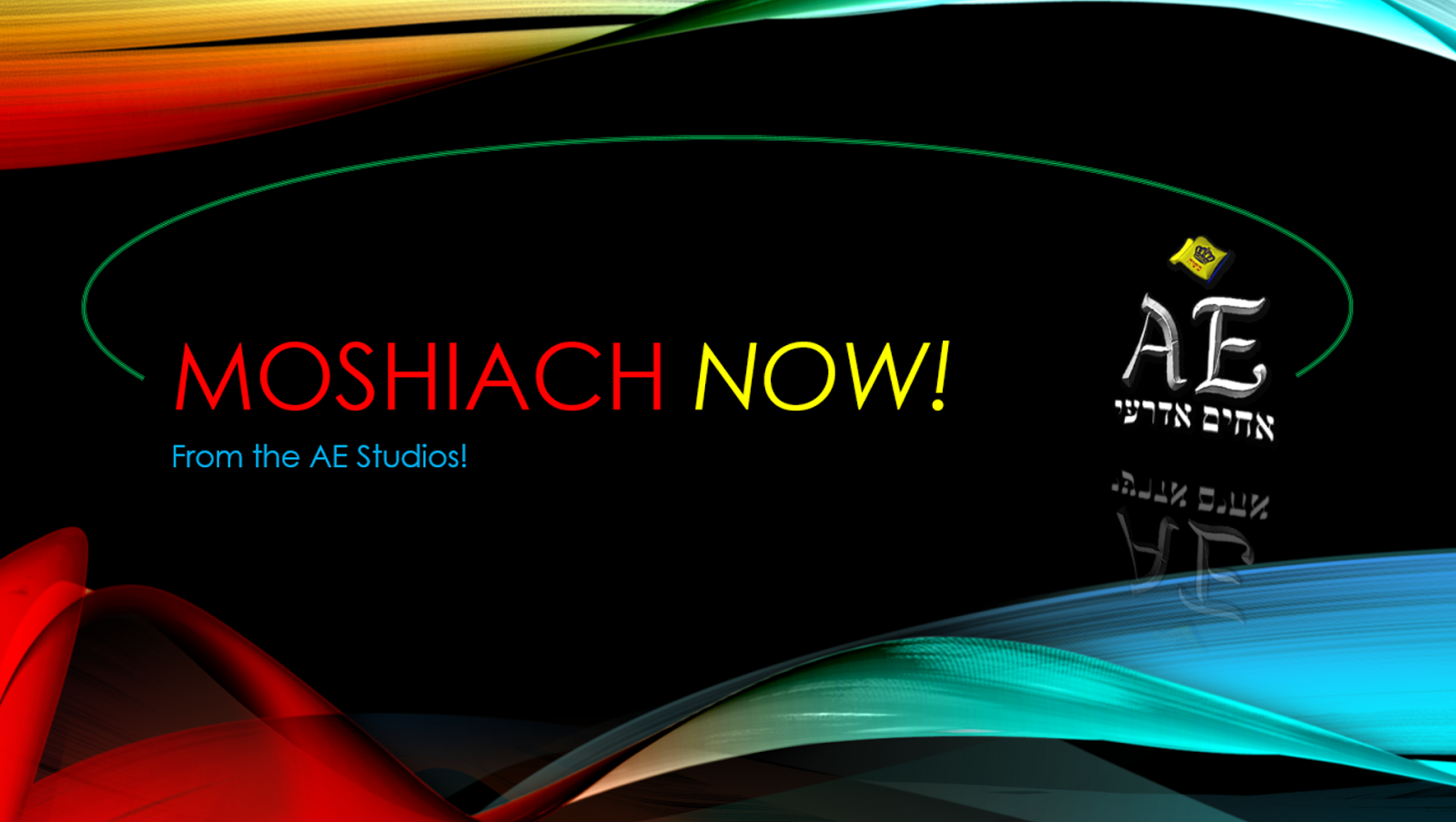